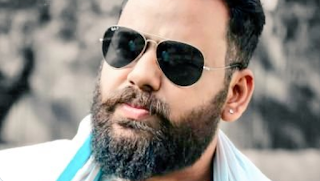 Relatives of Gajendra Singh Rajawat who draped himself on Wednesday during an Aam Admi Gathering rally in Delhi, held the gathering heads and Delhi organization answerable for his passing.
“Manish Sisodia had asked Gajendra to go to Wednesday’s AAP truly” Vijendra Singh included
Family members of Gajendra Singh have balmed to police and aap worker saying that, if they have been taken action on time Gajendra singh’s life can be save by them.
Girdhari singh grand father of Gajendra singh made to stand question on who helped him for climbing on tree why they didn’t inforn to fire brigade or police.
Family members of Gajendra Singh are blaming AAP party for his death and said that he was strong brain and affirmative person and felt bad for the damage of crops and loss of farmers but cannot think of suicide.
Surrender Singh brother-in-law of Rajawat said “that it seems someone has pressured him during the rally.”
PCC CHEIF, Sachin pilot refused the balme of Gajendra singh’s death from Aam Aadmi Party. He said that it is not possibe that anybody has pressured him for doing suicide.
Party members like Rajput karni sena and Lokendra singh kalvi said that they will take a proper lookout on such video footages and take legal actions for the people who are involved in it

The Lockdown 3.0 is on the verge of ending and for taking further decisions in accordance to the lockdown 4.0 Narendra Modi held a virtual meet. The meet addressed all the CMs and discussed their strategies for it and their requirements. PM Modi was with a view to increase the relaxations post May 17 for […]

Punjab CM Amarinder Singh had conducted a Covid Preparedness review VC meeting on Thursday for discussing the peak seen in cases of coronavirus. With regards to the meeting, the Punjab Government on Friday had approved guidelines with detailed holiday and weekend restrictions. The new order by the Punjab Government has additional restrictions along with considering […]

Safoora Zargar’s bail plea gets rejected again who was accused for Delhi riots.

Safoora Zargar had filed a bail plea under medical grounds of suffering through polycystic ovary syndrome while being pregnant, increasing chances of miscarriages. However the bail plea was rejected on the grounds that it cannot be inferred that there is no formation of prima facie case. The reason being the court had enough evidence that […]